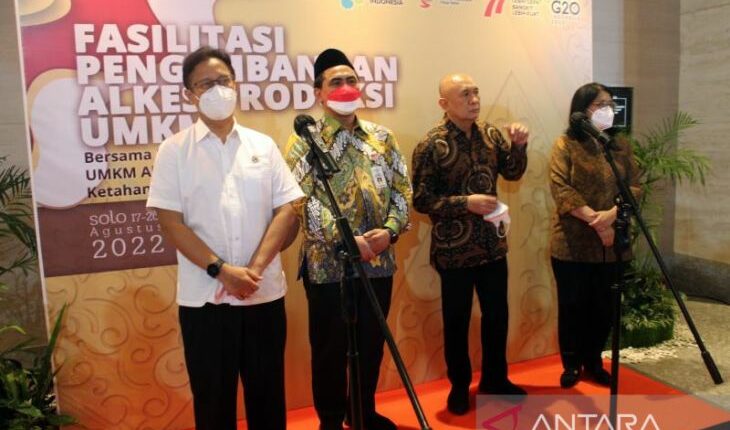 Jakarta, Indonesianpost.com – Health Minister Budi Gunadi Sadikin has assured of the availability of domestically produced patient beds and ruled out the need for importing the equipment.

“Thus, the import of (patient) beds for hospitals has been stopped 100 percent,” he informed at the “Facilitation for the Development of Micro, Small, and Medium Enterprise (MSME) Health Equipment Production for National Medical Devices Resilience” event here on Friday.

The product is quite advanced as it can be adjusted to move up and down using an electric device, he noted.

Earlier, measuring tools of good quality had to be imported.

Hence, experts from a number of state universities, such as the University of Indonesia (UI), Technology Institute of Bandung (ITB), and Gadjah Mada University (UGM), collaborated to design the tools. As a result, currently, there is no need for importing the tools anymore.

The minister said that there are three major programs being implemented to realize a resilient health sector, namely the adequate provision of medical equipment, medicines, and supporting workers, so that Indonesia does not have to depend on other countries during future pandemics.

The government will also prepare MSMEs to get involved in the upstream to downstream domestic manufacturing of medicines and simple medical equipment, he added.

Regarding the development of advanced medical devices, such as CT scan machines, the government will invite health device companies to invest and establish their factories in Indonesia.

Meanwhile, Cooperatives and Small and Medium Enterprises (SMEs) Minister Teten Masduki said that MSMEs must gradually be able to meet the domestic demand for medical devices and replace imported products.

He said that his ministry has visited Surakarta ATMI Polytechnics, which could become a partner of MSMEs in medical tool production.

Furthermore, the financing ecosystem has been provided for the domestic manufacturing of health devices, he added.