BI-FAST transfer fee may dip below Rp2,500 in the future: BI 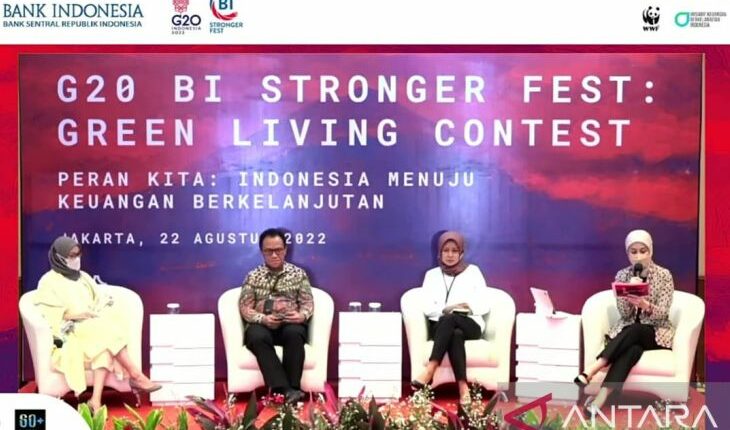 “Hence, this is where investment is needed. We can provide that something sustainable is an investment opportunity,” Munandar noted at the seminar titled “Our Role: Indonesia Towards Sustainable Finance by WWF Indonesia” held in a hybrid format in Jakarta on Monday.

Munandar remarked that investment in the New and Renewable Energy (EBT) sector was an opportunity for the private sector since it would bring benefits to the industry and sustainability of natural resources.

Munandar affirmed that involvement of the private sector would also significantly support the State Budget in which 30 percent was allocated to achieve the energy transition.

“The burden of the state budget, which could cover 30 percent, and later, it can be completed and perfected by the private sector from within, specifically by internal investments,” he remarked.

On the same occasion, the President’s Chair of the Sustainable Finance Working Group (SFWG) of the Ministry of Finance, Dian Lestari, highlighted that the government had made various efforts in supporting energy transition through various financing plans as outlined in the National Medium-Term Development Plan (RPJMN) 2020-2024.

The government has also provided various tax facilities, including tax incentives or tax holidays for industrial players in the country that support the energy transition, Lestari remarked.

In addition, the government provides import duty exemption facilities for various equipment used for the development of New and Renewable Energy (EBT) in the country, such as geothermal.

“Moreover, a special grant for low-emission vehicles and electric vehicles can be seen from the policies that we recently issued,” she stated.

Lestari said the establishment of the Environmental Management Agency, specifically the Public Service Agency (BLU) under the Ministry of Finance, was also aimed at supporting the energy transition process.

Under the Paris Agreement related to the Nationally Determined Contribution (NDC), the government targets a 29-percent reduction in greenhouse gas emissions through state budget funding and 41 percent with international assistance by 2030.