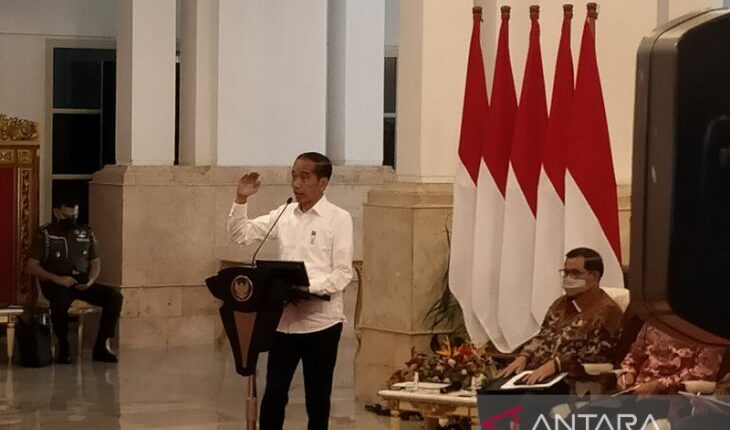 “(Please), conduct interventions in districts and cities with the highest inflation,” the head of state noted at a meeting on inflation control with all regional heads, held in a hybrid format at the State Palace here on Monday.

“Five out of the 10 provinces, be careful. Please observe them thoroughly. These five provinces are in Sumatra,” Jokowi added.

“Once again, be cautious. If it is not intervened, then there will be an increase in poverty,” the head of state noted, adding that the inflation rate is influenced by the increase in food prices.

“We should know the consequences of inflation, especially those related to food prices. The contribution of food prices to poverty is 74 percent. Once food prices rise, it means that poverty (rate) in a region will also increase,” he explained.

To this end, the head of state requested all regional heads in provinces, districts, and cities throughout the country to be aware of their food supply chains.

Furthermore, Jokowi has instructed that two percent of the General Transfer Fund (DTU) comprising the General Allocation Fund (DAU) and the Revenue Sharing Fund (DBH) be used to overcome inflation.

He also called to continue to increase the realization of the regional budget (APBD) since it still reached 47 percent as of September 2022. (Antara/Theidnpost)

Govt moves to resolve supply disruptions to rein in inflation