DPR urges the government to immediately increase the…

Ministry of Manpower is to host G20 Minister Manpower… 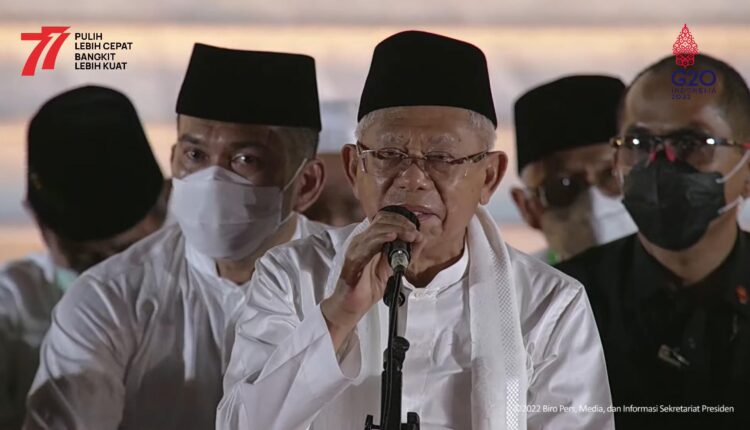 Jakarta, Indonesianpost.com – Vice President Ma’ruf Amin has said that the Cabinet needs to be reshuffled to fill at least two vacant posts.

“To be sure, a reshuffle (is needed) to fill two (vacant) posts. The first is (the post of) administrative and bureaucratic reform minister and the second is (the post of) deputy foreign minister,” he informed after attending the commemoration of the 23rd anniversary of Indonesian ulema Habib Umar bin Hood Alatas’s death in Depok, West Java, on Saturday.

So far, President Joko Widodo has not announced a replacement for Kumolo.

On July 16, 2022, the President appointed Coordinating Minister for Political, Legal, and Security Affairs, Mahfud MD, as acting minister of administrative and bureaucratic reform until a new minister is inaugurated.

On the reshuffling of other posts in the Cabinet, Amin asked all sides to wait for a presidential decree to that effect.

“About the others, I think we’d better await. Let us see later,” he remarked.

President Widodo last reshuffled his Cabinet in July 2022 by inaugurating two ministers and three vice ministers at the State Palace in Jakarta.

The two ministers were Zulkifli Hasan, who replaced Muhammad Lufti as trade minister, and Hadi Tjahjanto, who replaced Sofyan Djalil as minister of agrarian affairs and spatial planning and head of the National Land Agency (BPN).