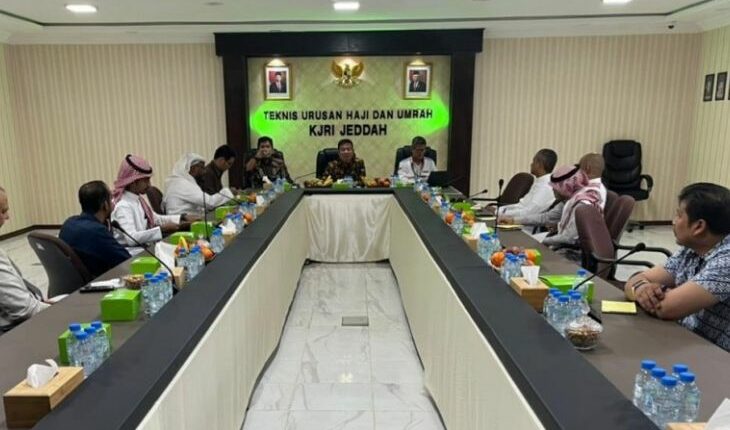 Jakarta, Indonesianpost.com – The Indonesian Consulate General in Jeddah has called on the government of Saudi Arabia to review the plan to implement a business-to-consumer (B2C) scheme for the Umrah pilgrimage.

“The B2C scheme is also not in accordance with the regulations in Indonesia, which require the departure of Umrah pilgrims (to be conducted) through a licensed PPIU (Umrah pilgrimage organizer),” Consul for Hajj at the consulate general, Nasrullah Jasam, said in a statement received here on Friday.

Earlier, the implementation of the Umrah pilgrimage was carried out through a business-to-business (B2B) scheme, which was managed by the private sector.

The visas of prospective pilgrims were submitted by the PPIU to the related institutions in Saudi Arabia through a third party.

Meanwhile, under the B2C scheme, the prospective pilgrims, as the customers, will send their requirements directly to the related institutions in Saudi Arabia.

According to Jasam’s statement, the implementation of the B2C scheme is considered risky and difficult to supervise since there will be no PPIUs to assist pilgrims if they face any difficulties while performing the pilgrimage in Saudi Arabia.

In addition to organizers’ licensing, the Indonesian Religious Affairs Ministry has regulated the standards of implementation of PPIU services, Jasam noted.

The ministry requires that the service package be realized according to the agreement between the prospective pilgrims and the organizer.

Other standards stipulate that one room can be filled with a maximum of four people, food must be provided three times a day, health services must be readied, and the organizers must manage pilgrims who pass away.

“On the arrival and return of Umrah pilgrims, there must also be ‘muassasah’ (guide) officers who escort them at the airport, including taking care of the tasrih (permit letter) of Umrah pilgrims to enter Raudhah Nabawi Mosque,” the consul added.

Support Palestinian Prisoners and Their Rights