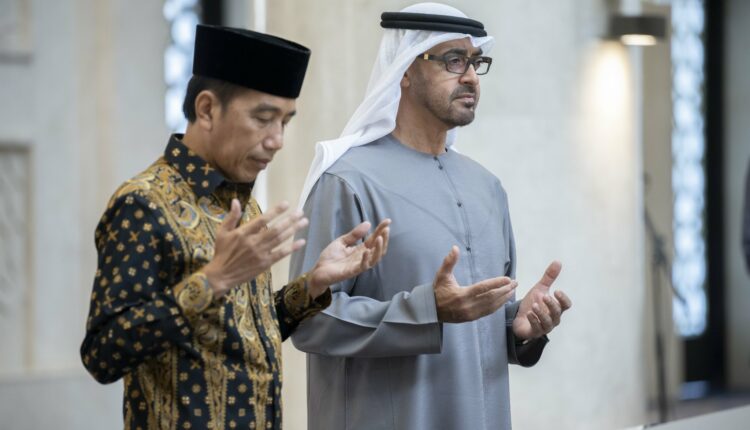 Jakarta, Indonesianpost.com – The newly-inaugurated Sheikh Zayed Grand Mosque in Solo, Central Java, is a symbol of the brotherhood between the people of Indonesia and the United Arab Emirates (UAE), President Joko Widodo (Jokowi) has said.

“This mosque will serve as a symbol of brotherhood, a symbol of friendship between the people of Indonesia and the UAE,” the President remarked while issuing a press statement after attending a series of events ahead of the G20 Summit.

The statement was streamed on the Youtube channel of the Presidential Secretariat on Monday night.

The inauguration of the mosque took place amid the Indonesian President’s hectic agenda ahead of the G20 Summit in Nusa Dua, Bali.

Both leaders arrived at the mosque at 7:25 a.m. local time (UTC +7), following which they took a tour of the mosque and offered a short prayer.

Widodo and Mohammed bin Zayed then walked to the mosque’s front yard to sign a plaque and plant a tree together.

He spent some time greeting the residents gathered on the mosque’s grounds, following which he and Mohammed bin Zayed left the mosque.